Governor Susana Martinez elected to the
Daniels Fund Board of Directors 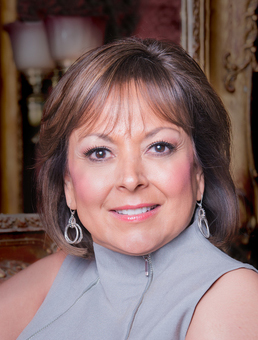 Now valued at approximately $1.7 billion, the Daniels Fund is a private charitable foundation dedicated to making life better for the people of Colorado, New Mexico, Utah, and Wyoming through its grants program, scholarship program, and ethics initiative. The Daniels Fund continues the legacy of generosity established by its founder, Bill Daniels, a cable television pioneer known for his compassion for those in need and his unwavering commitment to ethics and integrity. Since its inception, it has funded grants and scholarships totaling nearly $1 billion.

“I look forward to the tremendous value and experience Governor Martinez will bring to our board,” said John Suthers, Chair of the Daniels Fund Board of Directors. “Her deep knowledge and connection to the state of New Mexico is unparalleled.”

Martinez was elected governor of New Mexico in 2010 and re-elected by a wide margin to serve a second term in 2014. She became New Mexico’s first female governor and the first Hispanic female governor in the history of the United States. As governor, she prioritized keeping New Mexico’s communities safe, ensuring all students receive a high-quality education, and diversifying and growing the state’s economy.

“Bill Daniels continues to impact the lives of so many people through his foundation,” said Governor Martinez. “I am truly honored to serve on the board and be a part of furthering his legacy.”

Prior to being elected governor, Martinez was a prosecutor for 25 years along New Mexico’s southern border and served as Doña Ana County’s elected district attorney for over half that time.

About the Daniels Fund
The Daniels Fund, established by cable television pioneer Bill Daniels, is a private charitable foundation dedicated to making life better for the people of Colorado, New Mexico, Utah, and Wyoming through its grants program, scholarship program, and ethics initiative. Visit DanielsFund.org to learn more.
Media Contact: Bruce Wilmsen
Direct: 720.941.4429
This email address is being protected from spambots. You need JavaScript enabled to view it.
About Daniels Fund | About Bill Daniels | Grants | Scholarships | Ethics | Meeting Space | Impact | Contact Us